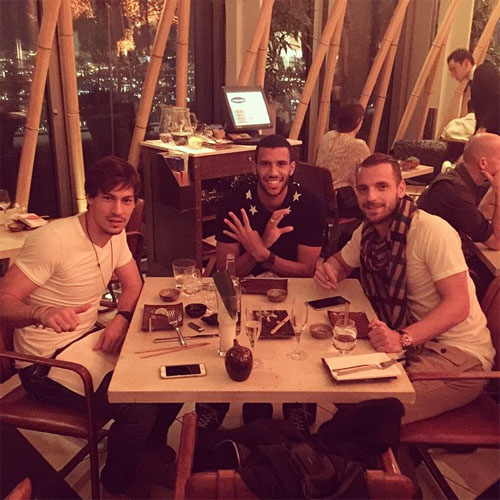 Roberto Soldado was unsurprisingly delighted to enjoy some good grub at Sushi Samba after a double training session at Tottenham Hotspur on Wednesday.

The 29-year-old has remained in north London after the struggling striker was overlooked by Vicente del Bosque for Spain’s games against Belarus and Germany.

Soldado has continued his disappointing form in front of goal, managing to net once in 10 appearances in all competitions this season.

So Spurs fans will be relieved to hear Mauricio Pochettino put his non-internationals through a double session yesterday.

Tottenham are 12th in the Premier League table after a shock 2-1 defeat by Stoke City at White Hart Lane on Sunday.

‘Only Lionel Messi and Cristiano Ronaldo better than Chelsea star’