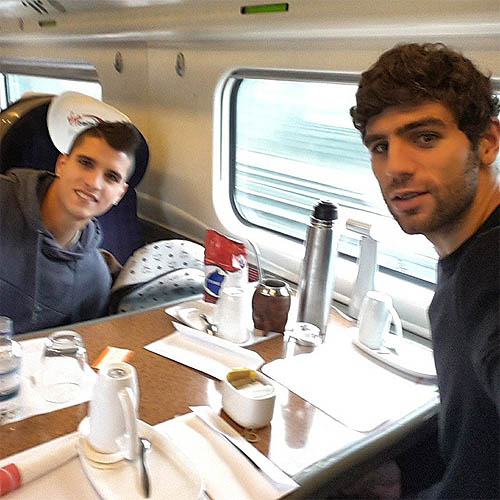 Erik Lamela and Federico Fazio looked in good spirits despite Argentina’s 1-0 loss to Portugal as the pair headed back to London on Wednesday morning.

However, the Spurs playmaker failed to inspire the South Americans to victory as Raphael Guerreiro scored a 91st-minute winner.

And Lamela, who moved to Spurs from Roma in a £30.75m deal in 2013, posted a photo with his compatriot and club team-mate Fazio on Instagram.

The 22-year-old has scored three goals in 16 appearances in all competitions for Spurs this season.

Tottenham, who are 12th in the table, make the trip to the KC Stadium on Saturday as Mauricio Pochettino’s side face Hull City.