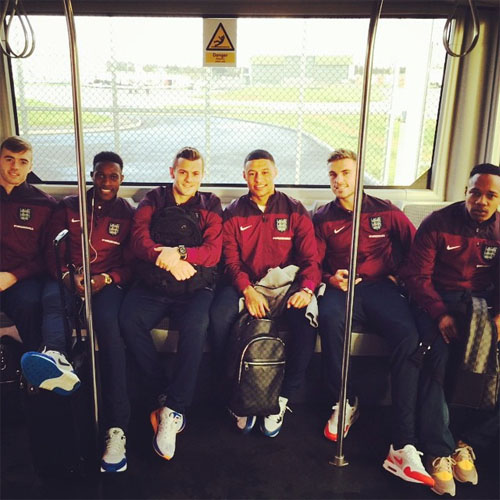 Some members of the England squad Photo: Jack Wilshere/Instagram

Jack Wilshere has posted a photo of the England squad preparing for their flight to Glasgow on Monday.

Roy Hodgson’s side are set to face bitter rivals Scotland in the latest edition of the ‘Battle of Britain’ at Ibrox on Tuesday night.

England are fresh from a comfortable 3-1 victory over Slovenia in their Euro 2016 qualifier at Wembley on Saturday evening.

Scotland, meanwhile, have already come through a Celtic derby during the international break, beating the Republic of Ireland 1-0 on Friday night.

England have won their last two games in Scotland, winning 2-0 in May 1989 before another 2-1 over a decade later in November 1999.