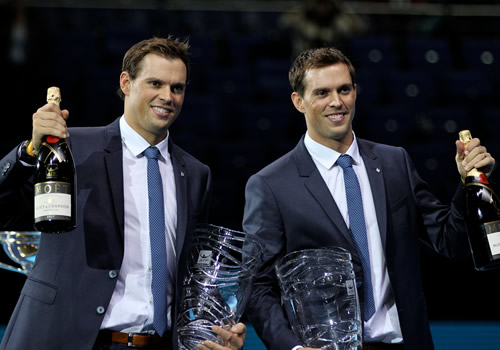 The Bryan brothers at The O2 Arena Photo: Marianne Bevis

Bob and Mike Bryan have been presented with two more awards to cap another stunning year for the doubles pair.

The pair were handed trophies for the ATP World Tour No1 doubles team and ATPWorldTour.com fans’ favourite awards.

The duo, who are in action at the ATP World Tour Finals this week, swept the doubles board for the sixth straight year and have now won both awards a record 10 times. 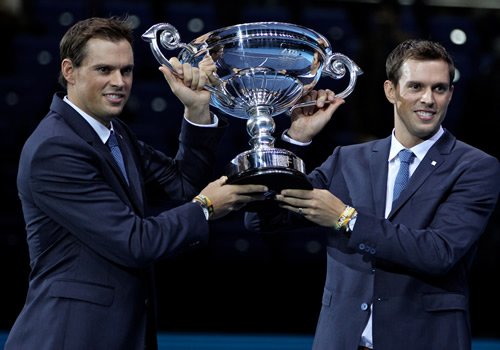 The Bryans have won 16 Grand Slam titles and became only the second team to complete a ‘Golden Slam’ after they won the London Olympics doubles title in 2012.