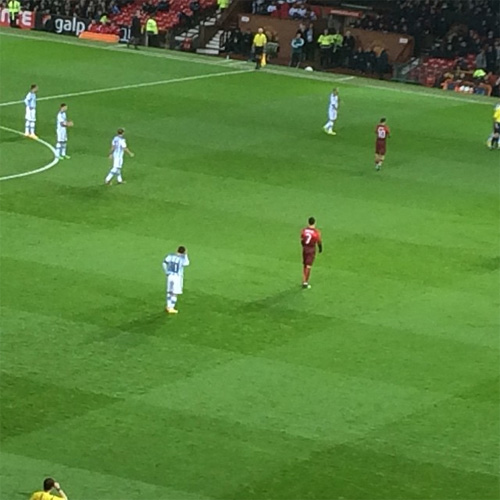 Luis Suarez may have a word in the ear of Jose Enrique after the defender hailed Lionel Messi and Cristiano Ronaldo as the best two players in the world.

The Uruguay international was close to competing on the same level as the Barcelona and Real Madrid forwards after a return of 31 goals in 33 Premier League appearances.

Suarez is team-mates with Lionel Messi after a £75m move to Barcelona in the summer, whilst Portugal international Cristiano Ronaldo has scored 23 goals this season.

But the striker’s former Liverpool team-mate Enrique is under no illusion that Messi and Ronaldo are a level above the rest after watching the pair at Old Trafford on Tuesday night.

“Watching today the best 2 players in the world :))” Enrique posted on Instagram.

Portugal edged to victory over the World Cup finalists at the Theatre of Dreams thanks to Raphaël Guerreiro’s 91st-minute winner.