Liverpool fans are starting to see the best of Adam Lallana after an injury-hit start to his Reds career, and the midfielder has been working on his trick shots judging by a short clip released to mark the launch of Assassin’s Creed Unity.

The England midfield maestro Lallana unleashed his inner assassin at a revolutionary photo-shoot to celebrate the launch of Assassin’s Creed Unity ahead of the Three Lions’s important European championship qualifying match against Slovenia. 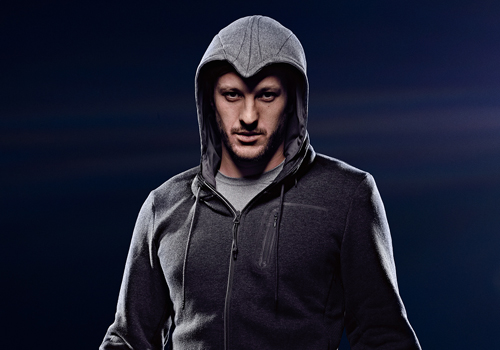 The game is set in Paris during the French Revolution, and the single-player story follows Dorian in his efforts to expose the true powers behind the Revolution.

And 26-year-old Lallana, who moved to Liverpool in a £20m deal from Southampton in the summer, unleashed his inner footballing powers to land a staggering trick shot during the photo-shoot.

Liverpool supporters will hope the former Saints captain can start to produce similar flair for Brendan Rodgers’s side on a regular basis.

Adam Lallana: I haven’t looked back since Liverpool move