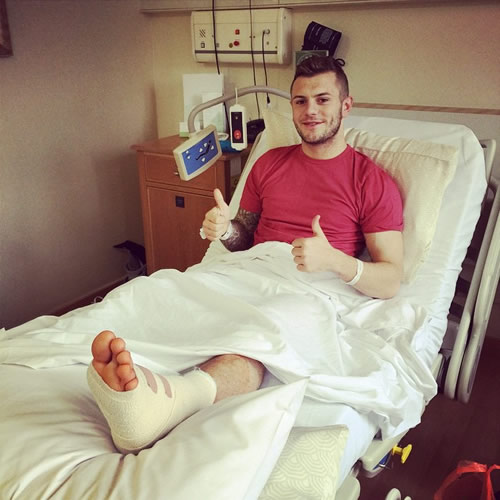 Arsenal have rubbished reports that Jack Wilshere has suffered a setback in his rehabilitation from injury.

The England international is currently out of action following ankle ligament surgery after suffering an injury during the 2-1 defeat by Manchester United last month.

The 22-year-old midfielder has been ruled out for around three months following the operation.

Speculation in the British media on Monday claimed that Wilshere could be sidelined for as long as five months.

However, Arsenal’s director of communications Mark Gonnella has revealed that Wilshere is still on course to return to action within the initially predicted time-frame.

Gonnella wrote on Twitter: “Jack Wilshere has not had a setback. On schedule for return to squad as per original plan. 12 weeks from injury.”