Billy Vunipola admits his ego was bruised after being dropped 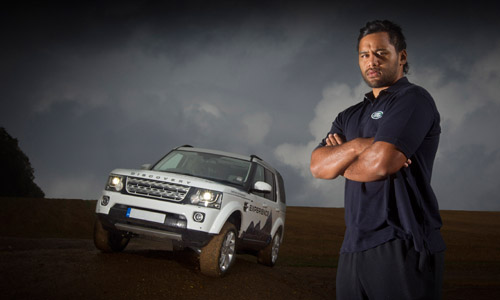 Billy Vunipola admits it wasn’t just his body left battered and bruised from England’s below-par autumn internationals but his ego too after losing his place in Stuart Lancaster’s starting XV.

He may have seen Gloucester No.8 Ben Morgan move ahead of him in the England pecking order in November but his autumn snub and subsequent injury has made Vunipola hungrier than ever to nail down his international jersey ahead of next year’s World Cup.

I would love to play in a World Cup in England, in an England shirt, and that gives me extra motivation to get back in the side

Heading into the autumn Tests the England No.8 shirt seemed firmly in Vunipola’s grasp, but things began to unravel in the November opener against New Zealand, the world champions teaching Vunipola a thing or two about ball retention as he managed just four carries as the All Blacks won at Twickenham.

In an effort to force his way back in Stuart Lancaster plans while back with Saracens; Vunipola suffered a concussion against Northampton Saints which again meant he played no part as England signed off from 2014 by putting Australia to the sword.

While Vunipola was on the sidelines Morgan was staking his claim to be Lancaster’s go-to man for the England No.8 jersey.

The Gloucester man scored against Australia en route to being named man of the match – but Vunipola insists he is not giving up without a fight.

“The autumn was certainly a massively frustrating time for me but at the same time it was also a huge learning curve,” Vunipola said.

“I think heading into the autumn I maybe got carried away with my form for Sarries and maybe I was just a bit too over-confident, not necessarily on the pitch but perhaps more off it with my religion and faith and everything.

“But maybe being dropped will actually benefit me and turn out to be a good thing because I have learnt so much off the back of it.

“I have never been in a situation like that, just for whatever reason I couldn’t transfer my club form over to my country, but sometimes it goes like that and you need to get back on the horse and I am excited about doing that.

“I am still learning and I have a long way to go but I am determined to win back my place and I will do all I can to do exactly that.”

Being dropped is more than enough motivation for Vunipola to once again reach the heady heights he hit when he burst on to the international scene last year.

But just in case he needed it, a fast approaching Six Nations followed by a World Cup on home soil is giving the former Wasp that extra boost.

“One lesson I learnt from the autumn is that you can’t think too far ahead, you have to take each game as they come and focus on that,” he added.

“I know I have to play well to even be included in the squad for the Six Nations but I do keep thinking about what playing a World Cup game at Twickenham would be like.

“I would love to play in a World Cup in England, in an England shirt, and that gives me extra motivation to get back in the side.

“Ben Morgan is a very good player and he showed that last month and it is great that we can push each other on.

“We both want to play but only one can so we will both be trying our hardest to make sure we are the ones with the shirt in time for the Six Nations.”

Billy Vunipola is a Land Rover Ambassador. Keep up to date with the latest Land Rover rugby activity by following @LandRoverRugby on Twitter