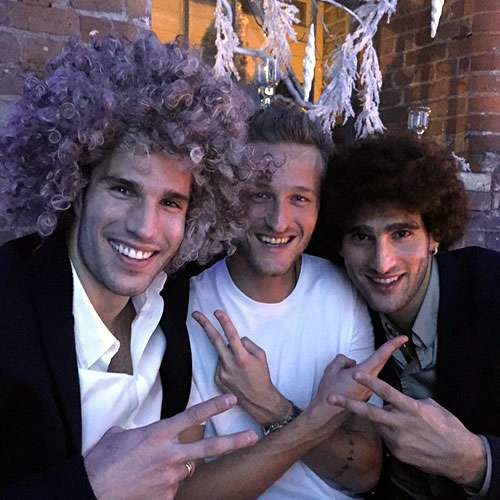 The Red Devils gathered for some downtime last week as Van Gaal’s squad enjoyed the festive bash ahead of Monday’s trip to Southampton.

And the United boss was pleasantly surprised by how the evening unfolded.

“It [the party] was fantastic,” said Van Gaal.

“Usually, I don’t use words like this, but I think it showed the cohesion in our group from both the players and staff. My wife and I enjoyed it very much.

“The squad is very important, and that’s why the timing of our Christmas party was fantastic – it showed the togetherness in the squad. I think we are in a good position.”

Photo: Arsenal duo Lukas Podolski and Per Mertesacker gear up for Gala