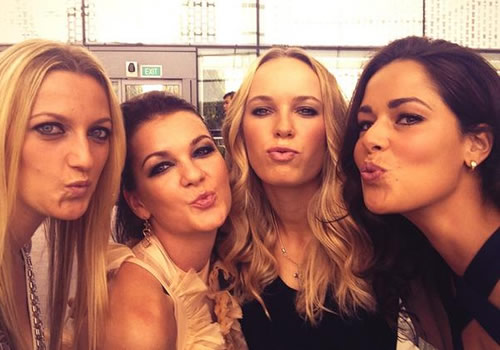 Caroline Wozniacki’s photo with Ana Ivanovic, Petre Kvitova and Agnieszka Radwanska has been voted the picture of season by WTA fans.

The Dane posted the snap (above) from Singapore back on 18 October ahead of the season-ending WTA Finals with her rivals and wrote: “Kisses from Singapore ! @AnaIvanovic @Petra_Kvitova @ARadwanska.”

Maria Sharapova was also voted one of the queens of social media for a post back in September.

The Russian won the fan favourite Tweet award after she posted a picture she had taken of a man reading an article about her.

And the picture below of Wozniacki, Ivanovic, Radwanska, Kvitova,Eugenie Bouchard and Simona Halep, again taken at the WTA Finals, was voted the fan favourite Twitter mirror photo.