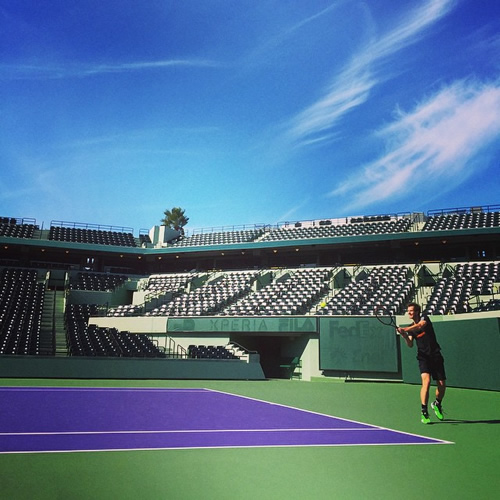 Andy Murray has taken to social media to reveal that his preparations for the 2015 Australian Open are already well under way.

The 27-year-old has been training with fellow Brit James Ward in Miami as the pair prepare themselves for the 2015 season.

Murray posted the picture above of himself in practice action with Ward on his Instagram account on Wednesday afternoon.

He wrote: “Hitting with Wardy this morning, safe to say Australia preparation is in full swing. #miami.”

However, the Scot looks set to retain Amelie Mauresmo as his head coach after she took up the role in June.

The Australian Open begins on 19 January 2015 in Melbourne.