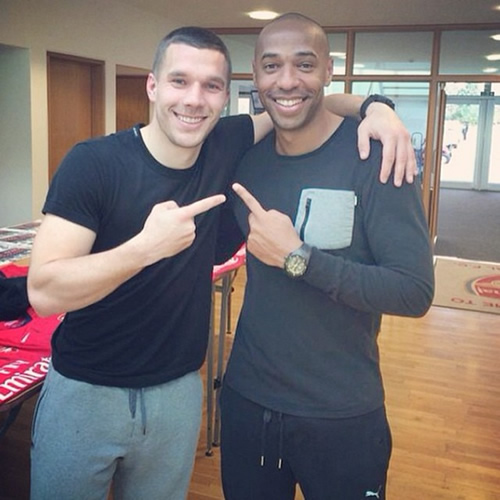 Lukas Podolski has become the latest Arsenal player to take to social media and pay tribute to Thierry Henry after the Frenchman announced his retirement from football on Tuesday.

The 37-year-old has decided to hang up his playing boots and join Sky Sports as a pundit after leaving New York Red Bulls earlier this month.

Podolski posted the picture above on his Instagram account on Tuesday afternoon and wrote: “Sad news :-( another living #Legend joining the heroes book today.

Speaking in an interview with Sky Sports on Tuesday, Henry said: “It’s hard to leave the game you love behind, but I’m at peace with what I’ve done in the game.”