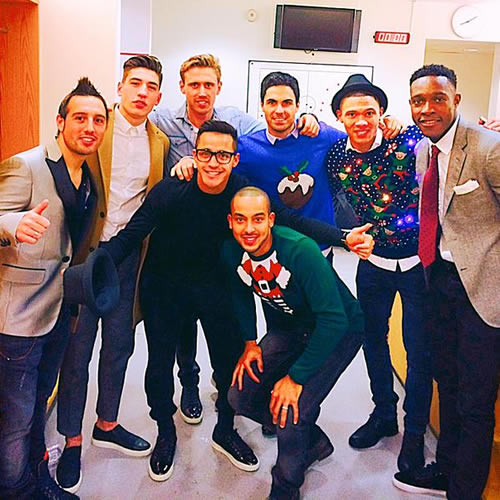 Alexis Sanchez has been settling in brilliantly at Arsenal following his summer transfer from Barcelona.

And the Chile forward was all smiles as he posed for a picture with his team-mates after helping the Gunners seal a 4-1 win over Newcastle United on Saturday.

Arsene Wenger’s men enjoyed some well-earned downtime after Saturday’s win at their Christmas party, and Sanchez posted the picture above on his Twitter account following the victory over the Magpies.

He wrote: “Getting used to the British style!!! Jajajaj”

Sanchez has enjoyed a stunning start to his Arsenal career following his £35m transfer from Barcelona.

He has scored nine goals and made five assists in 15 Premier League games for the north London club.