Photo: Arsenal’s Alexis Sanchez hits the gym on his ‘week off’ 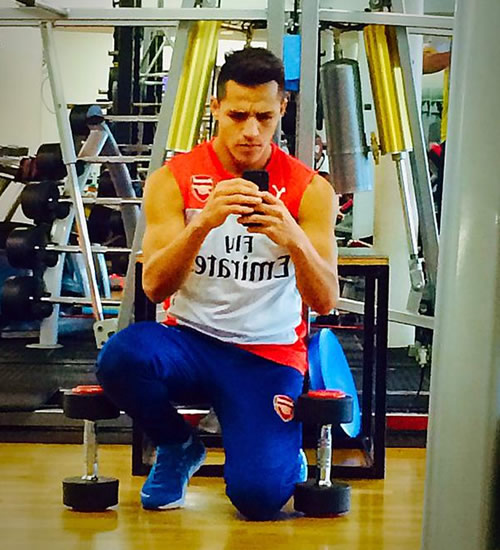 After his tireless performances for Arsenal since his summer switch from Barcelona, Alexis Sanchez could be forgiven for putting his feet up on a rare week off.

But the Chile international is showing no signs of wanting to slow down after he posted a picture of himself in the Arsenal gym on Tuesday afternoon.

Sanchez was rested by Arsenal boss Arsene Wenger for this week’s Champions League clash with Galatasaray.

Two goals each from Lukas Podolski and Aaron Ramsey handed Wenger’s side a convincing 4-1 victory in Turkey.

The result, however, was not enough for Arsenal to top their group as they qualified for the last 16 as runners-up.

Arsenal’s Lukas Podolski getting back to his best, says Arsene Wenger