Photo: Arsenal’s Lukas Podolski all smiles after trip to the dentist 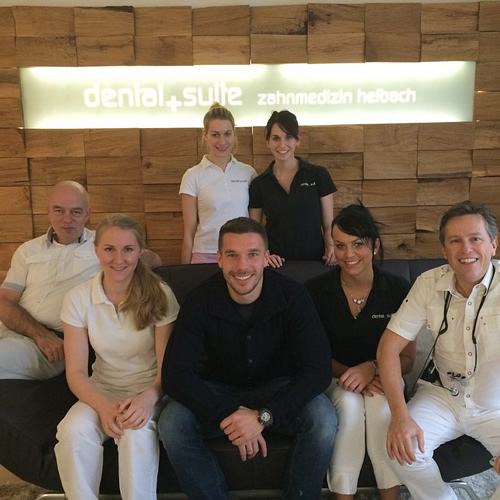 Lukas Podolski is of course no stranger to social media, but the Arsenal forward has taken his Instagram exploits to a new level – by documenting his visit to the dentist.

The Germany international was a second-half substitute as Arsenal ran out 4-1 winners over Newcastle United in the Premier League on Saturday night.

And with the Gunners not in action until next Sunday’s trip to Liverpool, the north London club’s players have been given some time off.

Podolski was all smiles as he posed with six of his dental surgery’s staff on Monday afternoon.

He posted the picture above on his Instagram account and wrote: “The dentist always brings out my smile… #Poldi #LP10 #KeepOnSmiling #Zahnarzt #PraxisHeibach.”

Podolski has scored three goals for Arsenal so far this season, all of them coming in the Champions League.