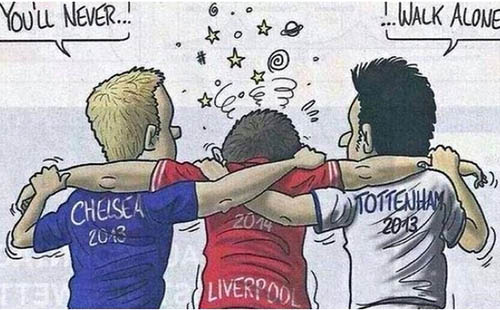 Basel enhanced their reputation as Premier League slayers on Tuesday night after the Swiss side sent Liverpool out of the Champions League.

Needing a point to book their place in the last 16, Basel took a 25th-minute lead against an edgy Liverpool side thanks to Fabian Frei’s brilliant long-range strike.

Paulo Sousa’s men were handed a further boost when Reds substitute Lazar Markovic was sent off for throwing his hand in the face of Behrang Safari in the 60th minute.

Liverpool captain Steven Gerrard offered late hope for the home side with a brilliant free-kick, before Jordan Henderson’s header was clawed off the line by Basel goalkeeper Tomas Vaclik.

The Swiss club cheekily posted the above photo on Instagram following the draw, highlighting their excellent results against Liverpool, Chelsea and Tottenham over the past three seasons.

It was later deleted, but Basel’s Instagram account did upload a photo of their triumphant squad in the Anfield dressing room. 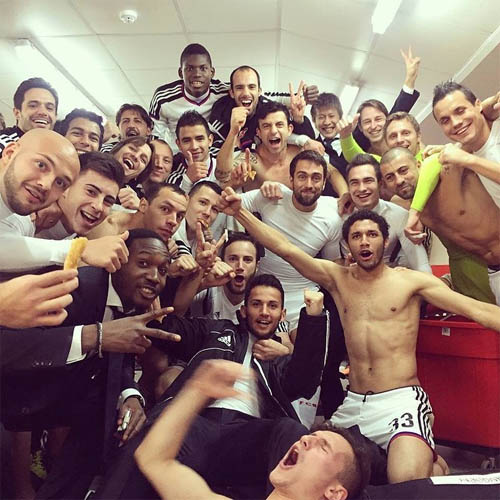 The caption read: “What a win!”

Basel supporters did show their class during the 1-1 draw, though, as they issued their support for the Hillsborough campaign.

CLASS: FC Basel with a 'Justice For The 96' banner at Anfield tonight. pic.twitter.com/gAzYE7wa7b

Photo: Walker and Rose all smiles on Tottenham plane to Turkey