Photo: Chelsea’s Cesc Fabregas gets into Christmas spirit with his girlfriend

The Chelsea midfielder was feeling festive on Friday afternoon 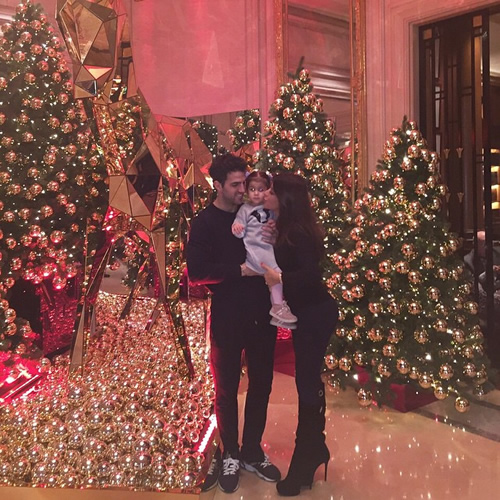 Cesc Fabregas was feeling festive on Friday afternoon as he posed for a picture with his girlfriend and daughter in front of some Christmas trees.

The Chelsea midfielder was enjoying some downtime with his family, with the Spaniard set to miss Saturday’s Premier League clash with Hull City due to suspension.

The 27-year-old midfielder has been one of Chelsea’s standout performers since his summer transfer to Stamford Bridge from Barcelona in the summer.

He has scored three goals and made 14 assists in all competitions for Jose Mourinho’s men following his £27m move.

Speaking on Friday, Mourinho played down Fabregas’ suspension, saying: “He obviously has been amazing for us and is playing fantastically well but he’s suspended for tomorrow so we don’t think about him.

“We trust the other people that will have a chance to play.”

Photo: Monreal and Walcott are all smiles in the Arsenal gym