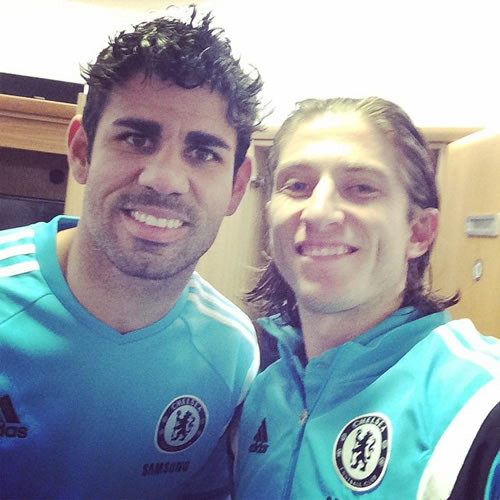 Chelsea forward Eden Hazard headed the west London side into a seventh-minute lead, before Jose Mourinho’s side were given a helping hand when Hull midfielder Tom Huddlestone was sent off in the 60th minute for a foul on left-back Luis.

Costa, who hadn’t scored in four games prior to Saturday afternoon, then sealed three points with his 12th Premier League strike of the season.

And Luiz posted the picture above of the duo after the game and wrote: “Chelsea 2 x 0 Hull City. Great win. Comment what do you think about this beast.”

He wrote on Instagram :”Good win today Well done @hazardeden_10 and #Costa on your goals. Let’s keep going and put another unbeaten run together. #Squad.”