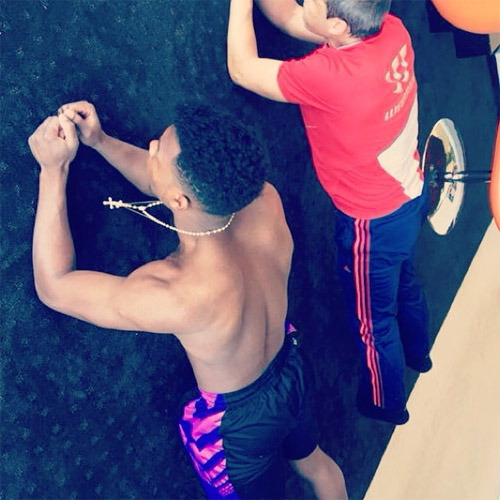 Daniel Sturridge spoke of his frustration at his recent injury crisis as the Liverpool striker stepped up his rehabilitation in USA.

The 25-year-old has been sidelined with multiple thigh problems and a calf strain since succumbing to injury during a training session with the England national team in early September.

And Sturridge, who scored 21 goals in 29 Premier League games last season, lifted the lid on the type of exercises that he is doing in a bid to make a return to full fitness.

“Early nights sleep tonight to wake up and watch the boys play at 5:30am. Wish I was able to play!! #redordead #cantwaittobeback”

And the England international was clearly in reflective mood on Saturday night as he remembered some special Reds moments.