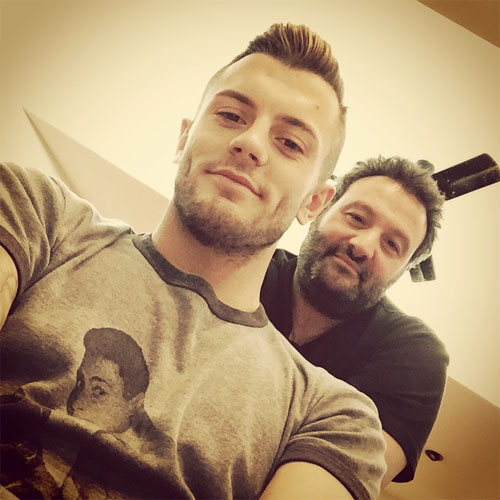 Jack Wilshere may be sidelined with another ankle injury, but the Arsenal midfielder has lost none of his enthusiasm.

The 23-year-old was ruled out of action for three months after suffering the problem during a 2-1 defeat by Manchester United last month.

But Wilshere was determined to be in good shape for the visit of Southampton, taking a trip to the barbers to freshen up his hairstyle.

And the Gunners midfielder wished his team-mates luck ahead of the top-six clash as Ronald Koeman’s men look to secure back-to-back wins at The Emirates.

Wishere wrote on Instagram: “@hairbymichaels with another decent trim…ready for the game later hopefully another 3 points! #Gooners”

Last week, an Arsenal statement revealed that Wilshere had been ruled out for three months after undergoing surgery on his ankle.

“Jack Wilshere has had successful surgery on his left ankle and will be out for approximately three months.

“An assessment with a specialist confirmed the need for an operation and the 22-year-old had successful surgery to his ankle in London on Thursday afternoon.

“Jack will now commence his injury rehabilitation programme with the Arsenal medical team.”