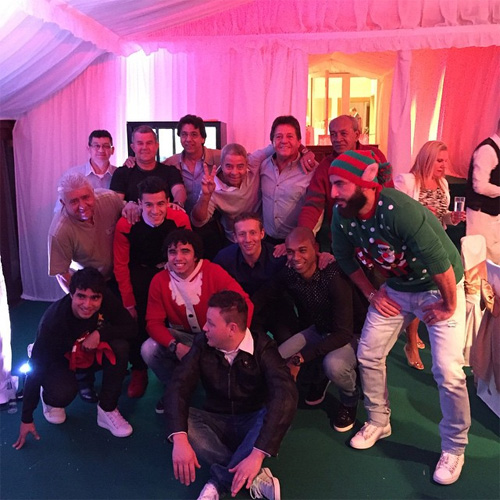 Lucas Leiva and Philippe have put football rivalries aside as the Liverpool pair joined their fellow Premier League Brazilians for a Christmas party.

And Liverpool midfielder Lucas was clearly thrilled to spend time with his compatriots at such a special time of year, uploading the photo to Instagram.

The 27-year-old midfielder has been his Instagram followers updated on his festivities throughout Christmas Eve.

“All ready for our Christmas !!! I wish a Merry Christmas with peace and love to all of you,” Lucas posted.

A short time later, Lucas uploaded a photo with his wife Ariana Lima from Christmas dinner.