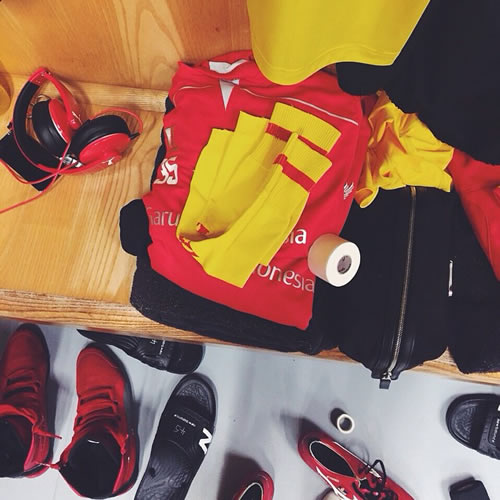 Mario Balotelli has taken to social media to issue a rallying cry ahead of Liverpool’s League Cup quarter-final clash with Bournemouth.

The Reds are looking to book their place in the last four of the competition as they aim to put their stuttering Premier League form to one side.

Balotelli was a second-half substitute as Liverpool lost 3-0 to Manchester United at Old Trafford on Sunday.

The Italy striker took to Instagram to post a picture of his kit ahead of Wednesday’s clash, simply writing: “Come on Liverpool.”

Balotelli has been struggling with a groin injury in recent weeks and manager Brendan Rodgers said on Tuesday that the forward would undergo a late fitness test.

He is yet to score a Premier League goal for the Merseyside club despite making 10 top-flight appearances this term.