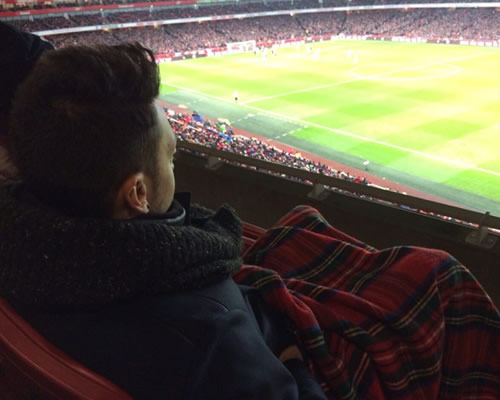 Ozil, who is currently out of action due to a knee injury, posted a picture of himself at the game on Twitter, as he kept himself protected from the elements with a blanket.

The 26-year-old World Cup winner tweeted: “Victory! Today was all about the result and we did it. So important! #AFCvSFC #COYG #bpl.”

The defender tweeted: “To keep it short and simple: this was a very important win! Thanks for belieiving in us you gooners. #COYG #BFG #AFCvsSFC.”