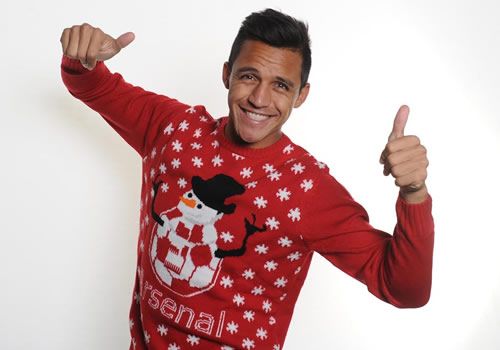 Arsenal’s stars have been donning their Christmas jumpers ahead of Saturday’s charity matchday against Newcastle.

Alexis Sanchez, Santi Cazorla and Laurent Koscielny were all smiles in their festive gear ahead of Saturday’s clash at Emirates Stadium. 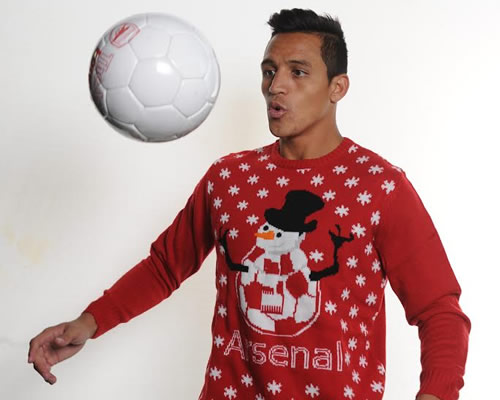 The north London club will dedicate the clash with the Magpies to The Arsenal Foundation, which supports projects that transform the lives of young people in the UK and overseas.

The traditional annual fundraiser, now in its eighth year, will once again see Arsene Wenger and the Arsenal first team squad donating a day’s wages to the cause and encouraging supporters to get involved and join in a range of fundraising activities on the day.

To support charity partner, Save the Children’s Christmas Jumper Day, the Arsenal ladies and Arsenal first team players have been taking selfies wearing the official Arsenal Christmas jumper and encouraging supporters to do the same. 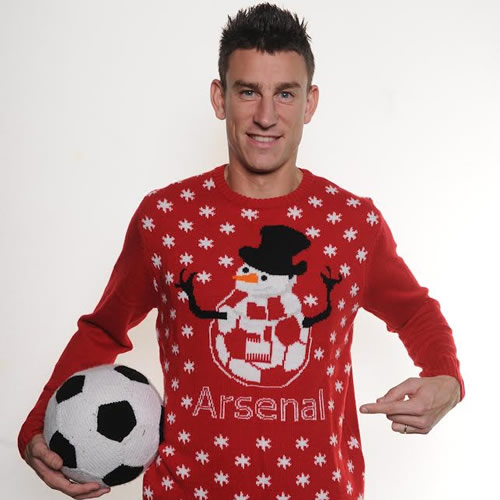 Supporters are asked to wear their jumpers to the match and take their own Christmas jumper selfie in the build-up to the matchday and to Save the Children’s Christmas Jumper Day on Friday 12 December, and post them on the Arsenal Foundation’s Facebook or Twitter page using #AFCfoundation.

All those who get involved with the campaign will be entered into a competition to win Arsenal’s matchday ball used in Arsenal’s 1-0 victory against Southampton on Wednesday 3 December which is signed by the goalscorer, Alexis Sanchez. The winner will be announced on Saturday 13 December.

As part of the dedicated charity matchday, supporters can donate to the Arsenal Foundation by texting AFCF12 £[amount] to 70070. 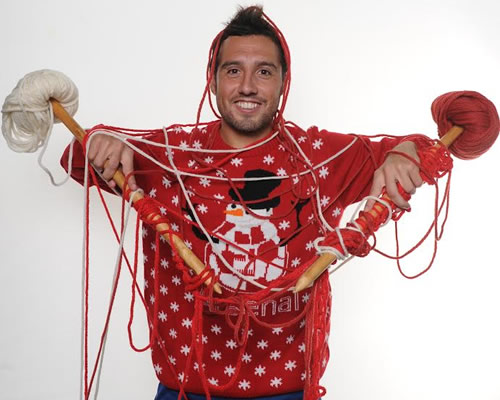 Supporters have already been purchasing festive Arsenal jumpers from official Club retail outlets with 20 per cent of the full retail price of each jumper donated to the Arsenal Foundation’s global charity partner, Save the Children. The adult jumpers have now sold out but junior Christmas jumpers are still available.

Fifty pence from every matchday programme sold at the game will also be donated to support even more projects that reach young people. Each matchday programme will feature different front cover editions of Arsenal stars in their jumpers.

Jose Mourinho reflects on the end of Chelsea’s unbeaten run