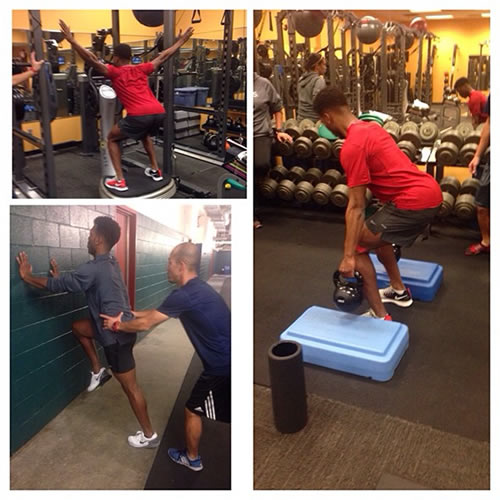 Daniel Sturridge looks determined to come back stronger than ever as the Liverpool striker continues his rehabilitation from injury.

The 25-year-old has not featured since the start of September after suffering a string of thigh and calf problems.

However, the England international is now fully focused on his recovery as he closes in on a comeback for Brendan Rodgers’ men.

Sturridge posted the picture montage above on his Instagram account on Thursday night and wrote: “Working on me….”

The forward, who moved to Liverpool from Chelsea in a £12m deal in 2013, scored 21 goals in 29 Premier League appearances last season.

He first suffered a thigh injury while on International duty with England back in September.

Photo: Chelsea’s Cesc Fabregas all smiles on the treatment table