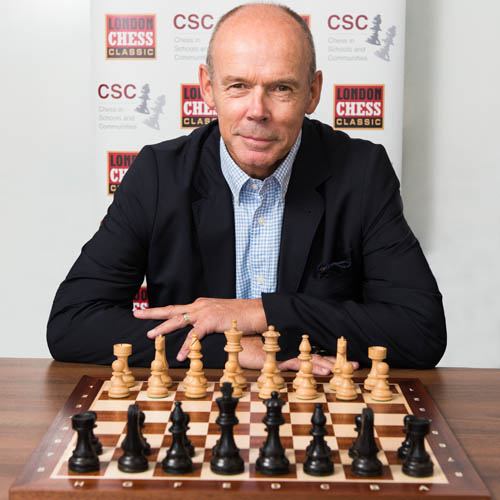 Having taken on and beaten the best minds in rugby, World Cup winning coach Sir Clive Woodward knows all about what it takes to succeed mentally at the highest level.

And after pitting his wits across some of the globe’s greatest chess grandmasters, the former England coach now knows just how tough it is to triumph on the board as well.

So having come up watching double world champion Vladimir Kramnik in action from the other side of the table, Woodward believes a host of other sportspeople could benefit from playing chess as well.

The 58-year-old was competing in a charity match at the 6th London Chess Classic at London’s Olympian on Tuesday where he partnered up with British chess star Gawain Jones to take on Kramnik and top HSBC executive Russell Picot.

The event, held to raise money for the Chess in Schools and Communities (CSC) charity, saw Woodward and Jones bested inside half an hour – but it has only reinforced his enthusiasm for the game.

“The skills used in chess are transferable to all types of sport because it makes you think,” said Sir Clive, who learnt to play chess at school and against his father.

“In most sports you put a huge amount emphasis on the physical side of things – football, rugby, cricket and tennis for instance – but a big chunk of it is also about thinking.

“It’s how you develop those thinking and understanding skills – especially in football and rugby when often you are playing phases ahead, the ball may be going one way but you are thinking further forward and that’s what chess is all about.

“Certainly in rugby we had plenty of things on the board, we were shifting things around and thinking multiple phases ahead so the colorations are very clear because you need players who could think and chess does exactly the same thing.”

Thousands of people have been heading to Olympia this week for the 6th London Chess Classic, the UK’s premier chess event, and Sir Clive hopes CSC can help more young people access the game in the future.

The charity works to increase the number of children able to play the game in schools across the UK.

But he believes it isn’t only children who stand to benefit from exposure to the tactical side of the game, with rugby, football and cricket coaches just as likely to profit.

“I think my favourite part of the game is that you have to plot all the moves in advance,” he added.

“When you think of a lot of other sports, especially rugby, that’s what we do. We are trying to plot moves ahead.

“I think the great thing about chess is that it’s such an enjoyable game and can take you away from the stresses of business and sport.

“But it’s also related to those things as well, as it’s all about planning and thinking ahead about your moves and what your opposition may do.

“Sport and business are no different as you have to be thinking about the game, and you are trying to think plays ahead about what you’re actually going to do.”