The Liverpool boss gets full marks for keeping a straight face 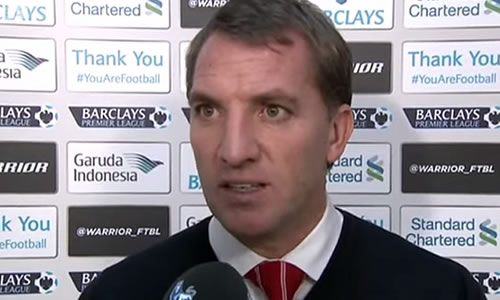 Brendan Rodgers did very well not to be caught off-guard by a French journalist when he was asked about Glen Johnson’s winner for Liverpool against Stoke City on Saturday.

Speaking after the defender’s 85th-minute goal handed his side a much-needed Premier League victory at Anfield, Rodgers was asked if Johnson’s winner was “orgasmic”.

“Brendan, how would you describe the moment when Glen Johnson scored, was it orgasmic?” the journalist asked.

The Northern Irishman was clearly a little confused by the unfortunate phrasing but gets top marks for keeping a straight face.

“We were…well it was…we were obviously relieved that the goal went in,” said Rodgers.

“I felt we deserved the goal, we felt it was coming.”