Alexis Sanchez shares the same passion for football with his dog, Atom 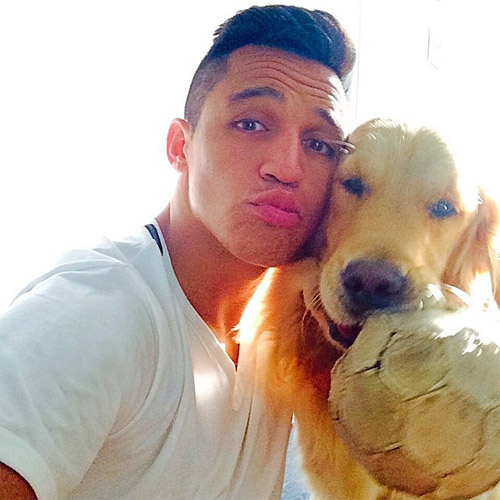 Alexis Sanchez has secured many admirers following his impressive impact in the Premier League this season, and top of that list appears to be the Arsenal forward’s dog.

The Gunners midfielder hasn’t hesitated to show off his adorable pet Labrador, called Atom, since making his Instagram profile public earlier this month.

And the Chile international was up to his old tricks on Friday afternoon as Sanchez posted a snap of his canine friend as the pair revelled in their mutual love of football.

Sanchez posted the above photo and wrote: “Atom always wants to be with the ball like me”

The 26-year-old opted to join the Gunners ahead of Liverpool in the summer transfer window, completing a £35m move to The Emirates in July.

Sanchez has been in fine form for the north London side, scoring 17 goals and making eight assists in 26 appearances in all competitions.

The South American will be looking to add to his first FA Cup goal against Hull City when the Gunners face Brighton in the fourth round on Sunday.