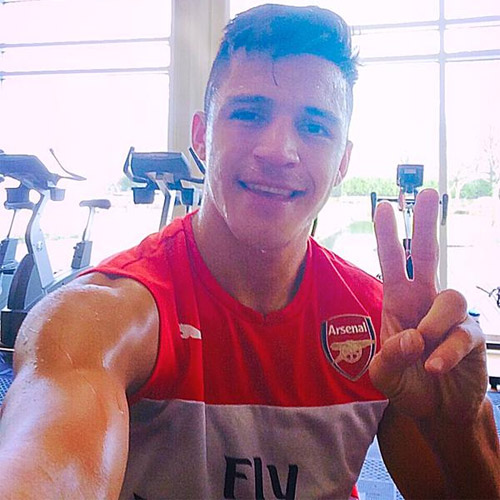 Alexis Sanchez posted a post-training selfie as the Arsenal midfielder put in the hard miles in the gym after a 3-2 win at Brighton on Sunday.

The Chile international replaced Theo Walcott in the second half as the England striker, Mesut Ozil and Tomas Rosicky all netted in the FA Cup fourth-round win.

Arsenal are firm favourites to retain the FA Cup trophy after Chelsea, Manchester City, Tottenham Hotspur and Southampton all crashed out of the competition on Saturday.

So no wonder Sanchez couldn’t wipe a huge smile off his face after the Arsenal forward posted his selfie to Twitter and wrote the following caption:

Sanchez has been a big hit in the Premier League following his £35m move to north London from La Liga giants Barcelona in the summer transfer window.

The South American has scored 17 goals in 26 games in all competitions this season, including a strike against Hull City in the third round.