Photo: Arsenal’s Mesut Ozil all smiles ahead of Brighton clash 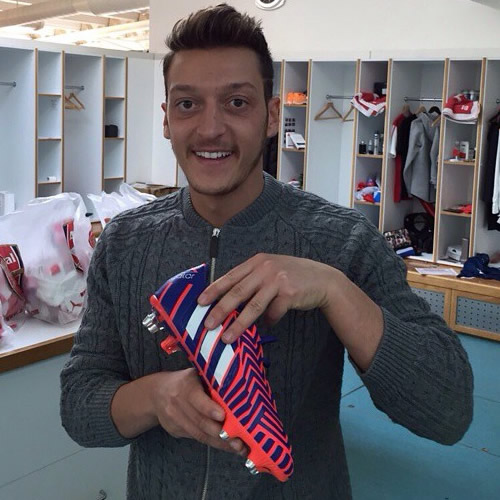 Mesut Ozil declared himself to be “getting stronger each day” ahead of Arsenal’s trip to Brighton and Hove Albion in the FA Cup fourth round on Sunday.

The Germany international has recently returned to action after a lengthy lay-off with a knee injury and is set to feature for the Gunners on the South Coast.

Manager Arsene Wenger confirmed on Thursday that Ozil is likely to start Sunday’s FA Cup clash after he was an unused substitute in the 2-0 win over Manchester City last weekend.

And Ozil took to Instagram on Friday afternoon to share a picture of himself with his new pair of boots and update his followers on his return to full fitness.

Ozil posted the photo above on his Instagram account and wrote: “Getting stronger each day. New #PredatorInstinct colours from @adidasfootball! #therewillbehaters”

Ozil scored one goal and made one assist for the north London side before his injury setback at the start of October. He also notched up one assist in the Champions League group stage for Arsene Wenger’s men.