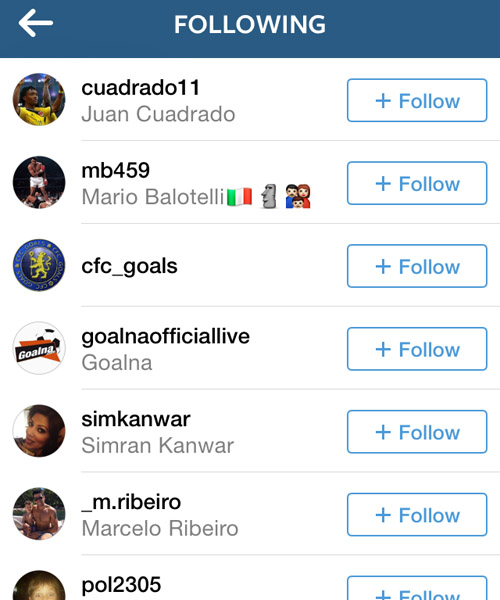 Cesc Fabregas has fuelled talk of Juan Cuadrado completing a move to Chelsea in the next 24 hours after the Blues midfielder followed the Colombian on Instagram.

According to reports in the British media, the Fiorentina star is set to have a medical at the west London club ahead of a £23.3m switch to the Premier League leaders on Saturday.

And the La Viola forward appears to be making friends at his prospective new club already after Fabregas followed Cuadrado on Instagram.

The South American has been one of Fiorentina’s top performers in Serie A this season, scoring four goals and making four assists in 17 top-flight games.

Earlier on Friday afternoon, the Florence outfit’s boss Vincenzo Montella confirmed that the 26-year-old is set to complete a big-money transfer, with Mohamed Salah expected to join the Florence side on loan.

Montella is quoted as saying by BBC Sport: “The club has done the right thing because we are also getting a very good player. Naturally, we need to understand how long Salah will need to adapt to our football as it’s different from the English and Swiss leagues.”

The Fiorentina forward rose to prominence after his impressive performances for Colombia during the summer’s World Cup in Brazil.

The former Udinese star has scored 20 goals in 85 Serie A appearances for the Florence outfit following his move in 2012.