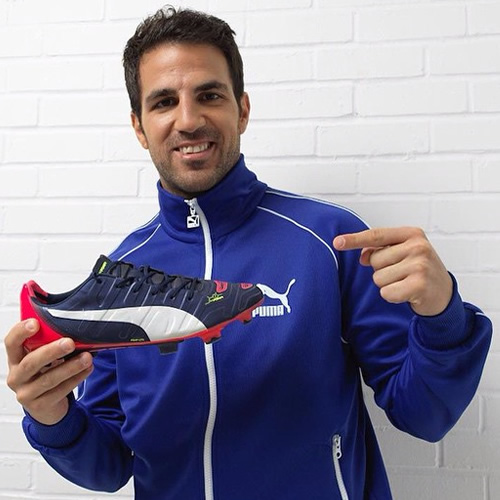 Cesc Fabregas has taken to social media to show his followers his latest pair of boots ahead of Chelsea’s FA Cup clash with Bradford City on Saturday.

The Blues host the League One side at Stamford Bridge looking to book their place in the fifth round of the competition.

Fabregas, 27, posted the picture above on his Instagram account on Friday afternoon and wrote: “Enjoying my newest @PUMAFootball #evoPOWER, looking good!”

The Spanish midfielder has been a key player for the Blues this season, with his fine form helping the west London club top the Premier League table.

He has made an impressive 15 assists in the top flight for Jose Mourinho’s men and has scored one goal in 21 Premier League games.

He has also scored twice and made three assists in six Champions League games this term.

Chelsea take on Liverpool in the return leg of their League Cup semi-final tie on Tuesday night at Stamford Bridge after this week’s 1-1 draw at Anfield.