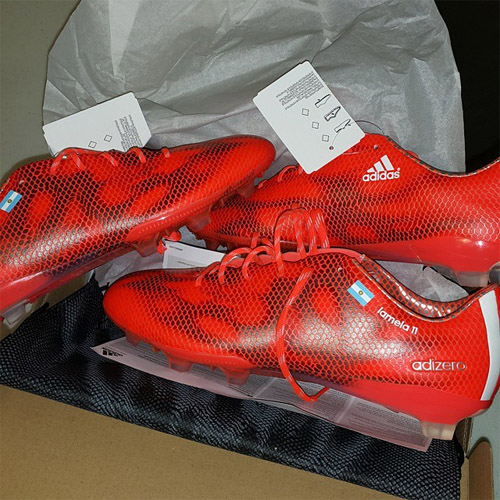 Erik Lamela has urged Tottenham Hotspur to a first-leg win ahead of their Capital One Cup semi-final clash against Sheffield United on Wednesday night.

The north London club face the Blades at White Hart Lane as the Premier League side look to rack up a comfortable first-leg aggregate lead.

Lamela won’t feature against the Championship side despite the Argentina international making his return to training following a calf problem.

However, the Spurs playmaker will be an avid viewer for the visit of Nigel Clough’s men, who are seventh in League One.

Lamela showed off his new boots and wrote on Instagram: “New boots and happy to be back in training !! Up the spurs tonight come on guys !!”

The South American hasn’t featured for Mauricio Pochettino’s men since a goalless draw with Manchester United in late December.

Lamela has enjoyed a much-improved campaign under his compatriot, scoring four goals and making four assists in 24 appearances in all competitions.