John Terry and his Chelsea team-mates were in for a chilly start at training on Friday morning... 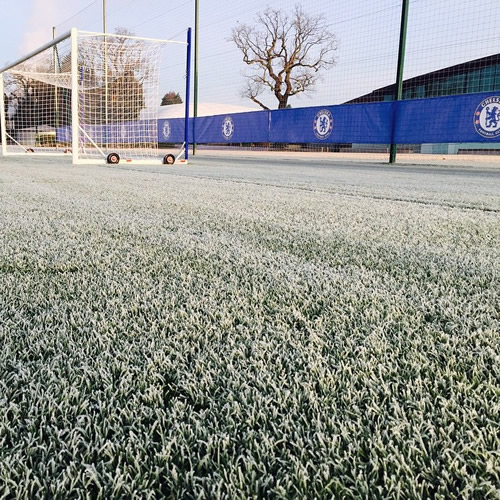 John Terry took to social media on Friday morning to share a picture of the frosty pitches at Chelsea’s Cobham training base.

The Blues’ first-team squad were put through their paces on a wintry morning as Jose Mourinho’s men prepared for their FA Cup fourth-round clash with Bradford at Stamford Bridge on Saturday.

And Terry used his Instagram account to show his followers the thick layer of frost on the ground prior to their session.

The Chelsea captain posted the picture above on the photo-sharing app and wrote: “It’s a cold morning at cobham today. Have a great day. JT. #Frosty”

Terry has played in all 22 of Chelsea’s Premier League games this season and has scored three goals for the west London side. He has also netted twice in the Champions League.

Blues boss Mourinho is set to face the media for his weekly news briefing at 12:30 GMT on Friday afternoon.

Chelsea are currently five points clear at the top of the Premier League table.

Brendan Rodgers: Liverpool will be ready for title challenge next season