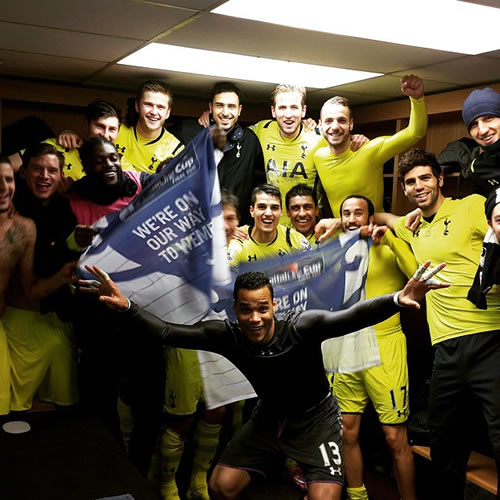 With Spurs leading 1-0 from the first leg, Christian Eriksen’s brilliant free-kick in the 28th minute put the north London side 2-0 up.

However, Sheffield United substitute Che Adams scored twice from close range in three minutes to put the tie on the brink of extra-time.

But Eriksen wrapped up the victory with a cool finish in the 88th minute to secure Spurs’ place in the final against Chelsea.

Erik Lamela, who played 74 minutes during the semi-final second leg, posted the picture above on his Instagram account and wrote: “We’re on our way to Wembley, in the final !!!! Come on guys !!!! #COYS”

The League Cup final is on 1 March at Wembley.

Spurs are currently in sixth place in the Premier League table and 15 points behind leaders Chelsea.