Photo: Liverpool midfielder gets his dad to cook dinner

Jordan Henderson earned a treat after his performance at Villa Park 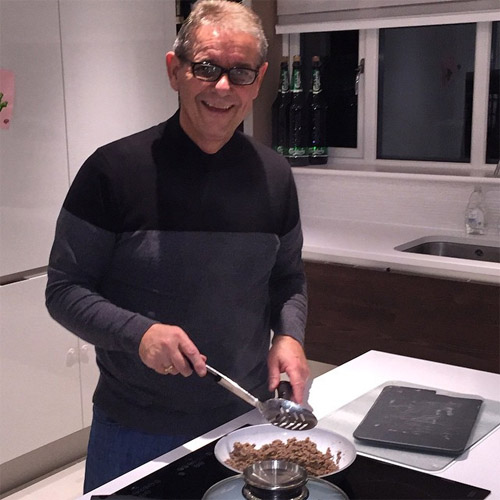 Jordan Henderson was one of Liverpool’s standout performers at Villa Park, so the Reds midfielder probably deserved to be treated to dinner by his dad on Monday evening.

The stand-in Liverpool captain conjured a brilliant cross to tee up Fabio Borini for the opener against Aston Villa, before Rickie Lambert sealed three points in the second half.

Henderson trained with his Liverpool team-mates ahead of their clash against Chelsea in the first leg of their Capital One Cup semi-final at Anfield on Tuesday night.

And tthe midfielder’s dad made sure his son will be well-fuelled for the cup tie as he appeared to be cooking pasta in the above photo that Henderson posted to Instagram.

Henderson was named as Liverpool vice-captain following Daniel Agger’s return to Brondby in the summer, and he is favourite to succeed Steven Gerrard as Reds skipper.

The 24-year-old hasn’t faltered despite the extra responsibility on his shoulders, scoring two goals and making six assists in 21 Premier League appearances this term.

Let’s hope Brendan Rodgers doesn’t see the Carlsberg on the window sill, though.