Alberto Moreno has some fun with his bull terrier, Ali 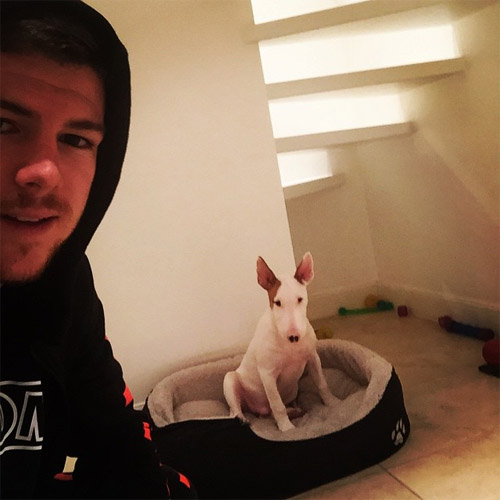 Alberto Moreno posed for a selfie with his pet dog as he relaxed on Monday night ahead of Liverpool’s clash against Chelsea in the League Cup.

The Spain Under-21 international had a first-half strike ruled out for offside at Villa Park on Saturday before Fabio Borini and Rickie Lambert bagged goals in a 2-0 win at Aston Villa.

And the 22-year-old snapped a photo of his bull terrier, called Ali, as the left-back relaxed ahead of the first leg of the Reds’s League Cup semi-final.

Moreno posted the above photo on Instagram, writing the following caption: “Selfie with my chubby boy hahaha!”

The Liverpool full-back posted a photo with Ali as the former Sevilla defender relaxed in his home after his return from Birmingham.

Moreno wrote: “After a great victory, I come home and I found my chubby boy” 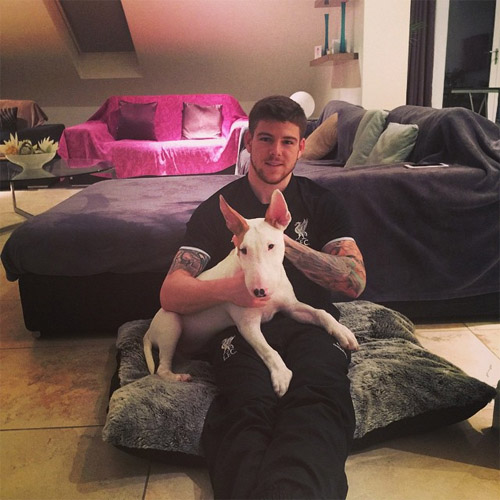 Ali has been a regular feature on the Liverpool left-back’s Instagram after the defender welcomed the Bull Terrier to his family. 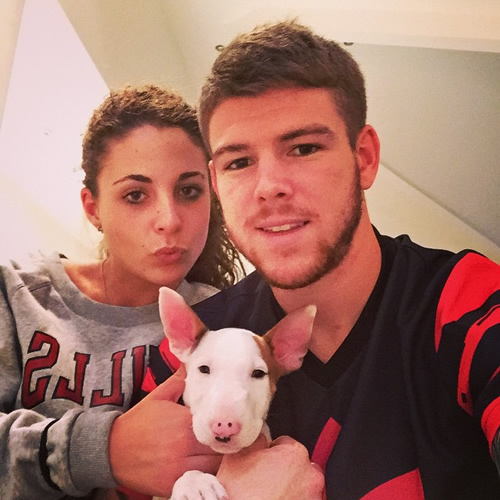 In October, Moreno shared the photo above and wrote: “We have a new family member #Ali and my girl @liliagranadilla #bullterrier”

The Liverpool full-back has scored two goals in 16 Premier League appearances following his £12m move from Europa League winners Sevilla in the summer.