Daniel Sturridge and Jessie Ware chill out backstage in Manchester 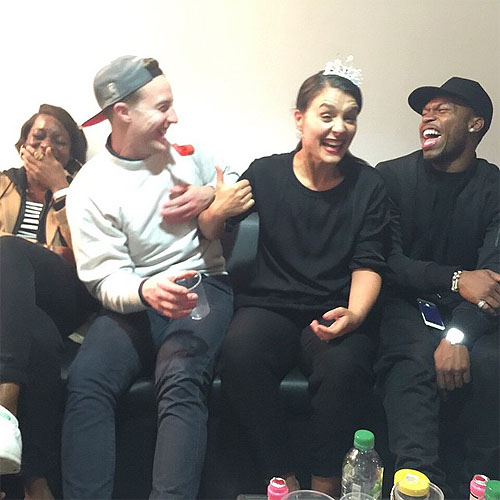 Daniel Sturridge relaxed with Jessie Ware after the Liverpool striker attended the English musician’s gig in Manchester on Sunday night.

The Reds forward hasn’t featured for the Merseyside outfit since August due to a string of calf and thigh problems over the past five months.

However, Sturridge is nearing a return to first-team action after the 25-year-old striker trained with his team-mates at Melwood on Sunday.

And the Liverpool star attended Ware’s Manchester gig as Sturridge chilled out ahead of the Reds’s Capital One Cup tie at Stamford Bridge on Tuesday night.

Sturridge wrote on Instagram: “No idea what was so funny but what a show in manchester by the lovely @jessieware go buy the album #toughlove the deluxe version”

Sturridge hasn’t played for Liverpool since a 3-0 victory over Tottenham Hotspur at White Hart Lane in August.

The Liverpool forward scored his only top-flight goal of the season in a 2-1 victory over Southampton on the opening day.

Sturridge completed a move to Anfield from Chelsea in a £12m deal in January 2013.