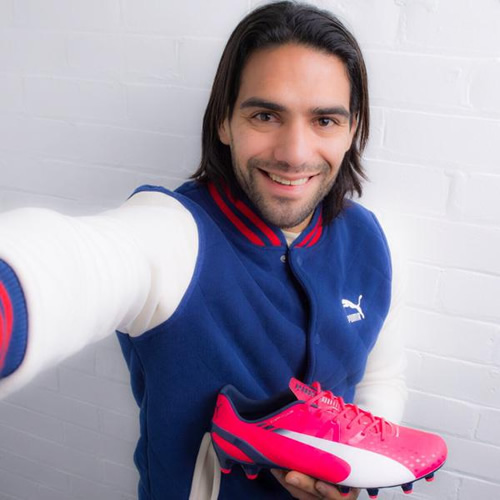 Radamel Falcao has taken to social media to ask for his fans’ feedback on his new choice of (pink) boots.

The Manchester United forward uploaded the picture of himself above onto his Twitter account featuring his new pair of fluorescent Puma boots.

He shared the photo and wrote: “Just received my new #evoSPEED, thanks @PUMAFootball. What do you think about the colour?”

Falcao has endured a mixed start to life at Old Trafford following his season-long loan move to the club from Monaco last summer.

The Colombia international has netted three goals and made three assists in 13 Premier League games for Louis van Gaal’s side to help them up to fourth place in the Premier League table.

However, the 28-year-old has only been limited to eight starts this term and was a surprise omission from the side who lost 1-0 to Southampton earlier this month.