Angel di Maria gets to grips with the snowy British weather 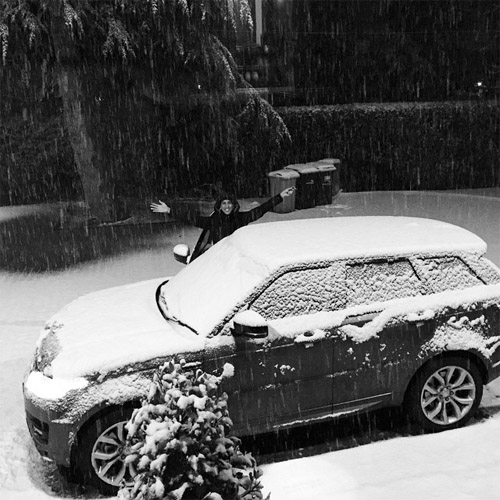 Angel di Maria appears to be coming to terms with the unpredictable British weather after the Manchester United star posed with his snow-covered Range Rover.

The Argentina international traded sunny Madrid for gloomy Manchester in August after the 26-year-old completed a club-record £59.7m move to Old Trafford from Real Madrid.

But Di Maria boasted a huge grin as the United midfielder posed for a photo with his car in the snowy conditions on Wednesday night.

The Red Devils forward has made a solid if unspectacular start to this United career, scoring four goals in 14 Premier League appearances this season.

The 20-time English champions will want revenge for their 5-3 reversal at the Foxes earlier this season, although Di Maria did score one of the goals of the season.