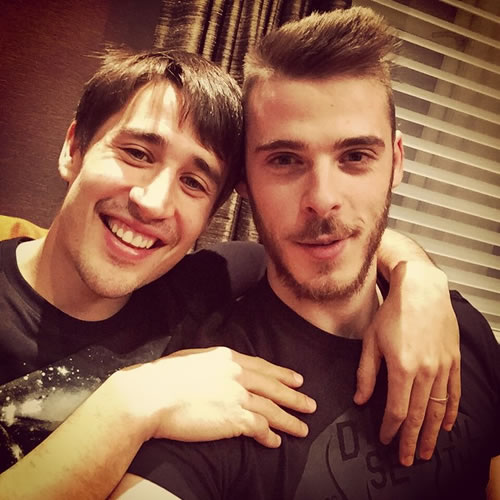 The Spaniard was hurt chasing down the ball during Stoke’s 4-1 victory at Rochdale on Monday and is set for a lengthy spell on the sidelines.

A scan confirmed that Krkic had suffered an anterior cruciate ligament injury, ruling out out of the remainder of the campaign.

De Gea was all smiles as he posed for a selfie with his compatriot on Wednesday night.

The United goalkeeper posted the picture above on his Instagram account and wrote: “Giving some affection to one of the best strikers I’ve ever played with! I hope you recover soon my friend @bokrkic.”

The ex-Barcelona man joined the Potters on a four-year deal in July 2014 and has scored five goals this season.

Manchester United host Leicester City in the Premier League on Saturday looking to gain revenge for their shock 5-3 loss earlier in the season.

Louis van Gaal’s side are currently fourth in the table.