Marcos Rojo enjoys a trip to the English capital 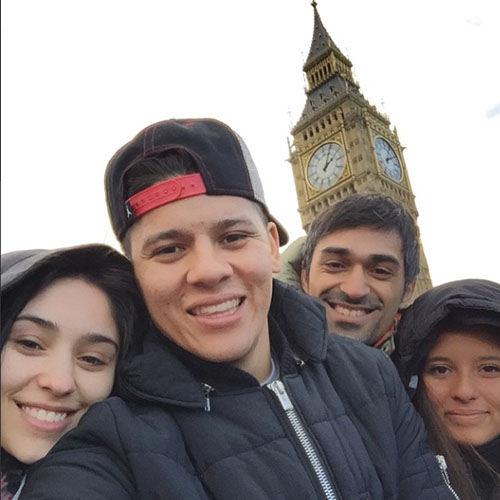 Marcos Rojo enjoyed a trip to London with his wife ahead of Manchester United’s clash against Leicester City on Saturday.

The Red Devils weren’t in action mid-week after Louis van Gaal’s side were eliminated from Capital One Cup following a 4-0 loss to MK Dons in the third round.

Despite the obvious disappointment of an early League Cup exit, Rojo is making the most of the free time during the week following a hectic festive period.

The 24-year-old posted a photo in what appeared to be a London museum, as the United defender took in all the sights that the English capital had to offer.

The Argentina international has made 12 appearances in all competitions for the Red Devils this season.