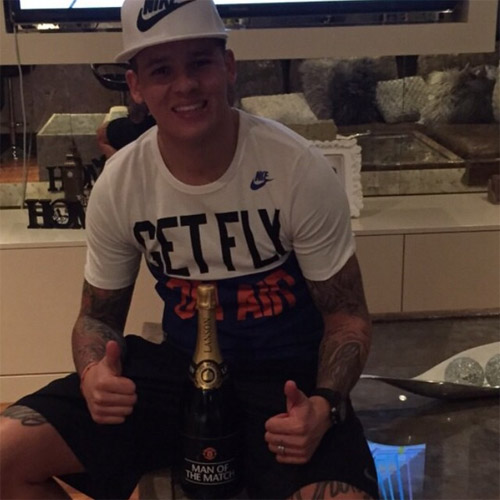 United striker Van Persie scored his first goal in January to break the deadlock before Radamel Falcao got on the score sheet.

Leicester centre-half Wes Morgan netted an own goal before half-time to end the game as a contest, although the Foxes scored a late consolation through Marcin Wasilewski.

Louis van Gaal’s side moved up to third place ahead of Southampton’s clash against Swansea City at St Mary’s on Sunday, and United defender Rojo was thrilled to secure three key points in the race for a top-four finish this season.

Rojo’s wife Maria Carina Arellano posted a photo with the United centre-half showing off his man of the match award, although Daley Blind pipped the Argentine to the accolade on United’s Twitter’s post-match poll.

“Best player. You’re the pride of all who love you!” wrote Rojo’s partner.

The Argentina international has made 13 appearances in all competitions for the Red Devils this season.