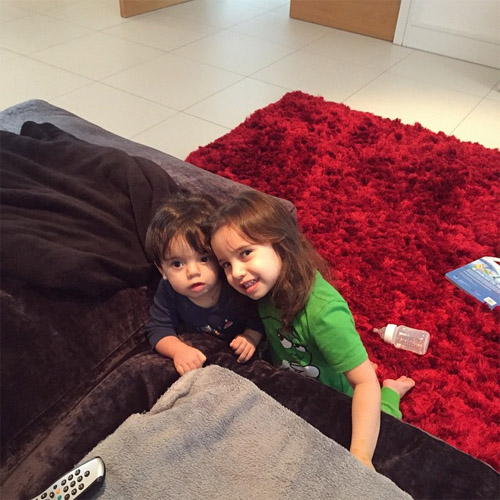 Rafael da Silva relaxed with his kids on Monday morning after the Manchester United defender missed his side’s 2-0 win at Queens Park Rangers.

Rafael suffered a fractured cheekbone in United’s 2-0 victory over Yeovil Town in the FA Cup earlier this month, amounting to the 27th injury of his seven-year Red Devils career.

However, the 24-year-old took his mind off his recent injury setback by spending some quality time with his daughter and son.

Rafael took to his social media to reassure United supporters that his operation went fine earlier this month, hinting at a speedy recovery.

“Operation was perfect back training normal with mask on Friday very happy. thanks god for everything,” Rafael wrote.

Video: Liverpool’s Daniel Sturridge gears up for training with some hip hop