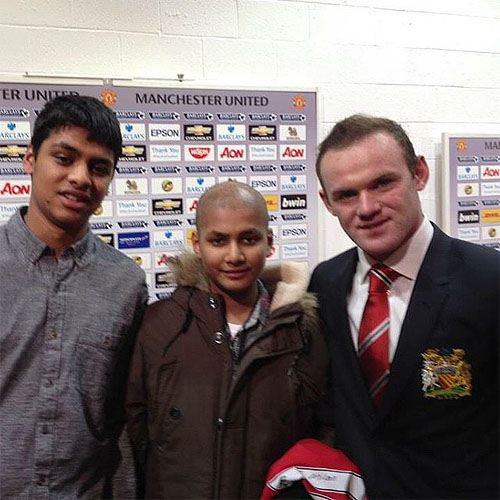 The Manchster United captain met Milan Patel, who is battling cancer for a third time, on Tuesday afternoon.

The 29-year-old forward was clearly touched by the youngster’s courageous battle, uploading a photo to social media.

Rooney posted the above photo and wrote: “It was a pleasure to meet Milan Patel who is battling cancer for the third time. His story and positive attitude is more than inspiring. Keep fighting mate!!”

The Red Devils skipper was unable to help Louis van Gaal’s side avoid a fourth-round replay on Friday night as Cambridge United held out for a goalless draw with the 20-time English champions.

Rooney, who signed a new long-term United deal last year, has scored eight goals and has made four assists in 18 Premier League appearances after the striker was made captain at the start of the season.

United face Leicester City in the Premier League at Old Trafford on Saturday.