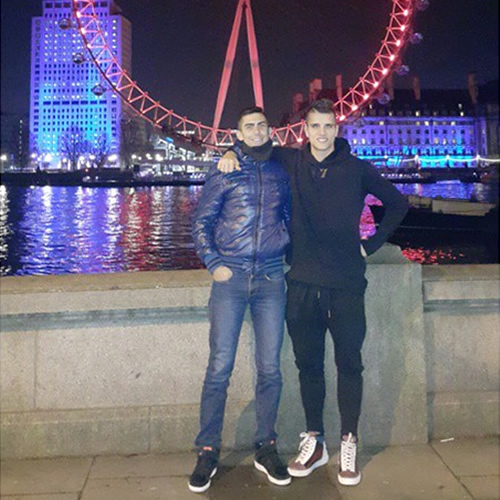 Erik Lamela was all smiles as he posed for a picture with one of his friends in front on the capital’s London Eye on Thursday.

The Tottenham Hotspur playmaker appears to be settling into life in London following his transfer to Spurs from Roma back in 2013.

He shared the photo above on his Instagram account on Thursday afternoon and wrote: “With my best friend, thanks for coming to visit me.”

Lamela has not featured for Spurs since 28 December due to a calf problem but is understood to be closing in on a comeback.

The Argentina international has enjoyed a relatively fruitful campaign this season, scoring four goals and making four assists in 24 appearances in all competitions.

He did not feature as Spurs ran out 1-0 winners over Sheffield United in the first leg of their League Cup semi-final tie on Wednesday night.

Arsene Wenger: How Arsenal could have signed Man United star