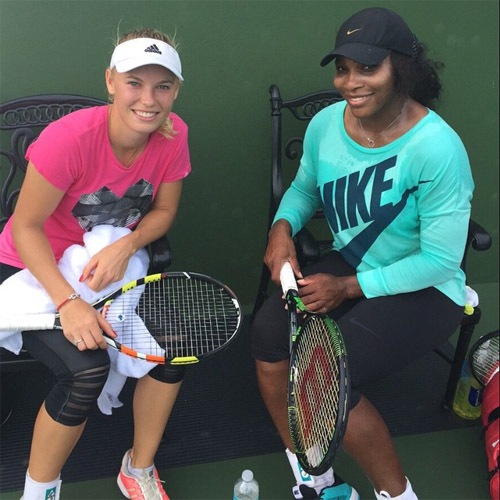 Caroline Wozniacki has jokingly taken some credit for Serena Williams’ run to the Australian Open final.

The world number one set up an encounter against long-term rival Maria Sharapova after a 7-6 (7-5) 6-2 victory over unseeded compatriot Madison Keys.

The second seed hasn’t beaten her American nemesis in 10 years, losing her last 15 matches against the 18-time Grand Slam champion.

Wozniacki, who lost to Victoria Azarenka in the second round, uploaded a photo of the pair after a training session in December last year.

“Good job so far @serenawilliams at the @australianopen! 1 more to go!! Must have been the training in December #tbt”

Williams has won five Australian Open titles, although the 33-year-old hasn’t triumphed in Melbourne since 2010.