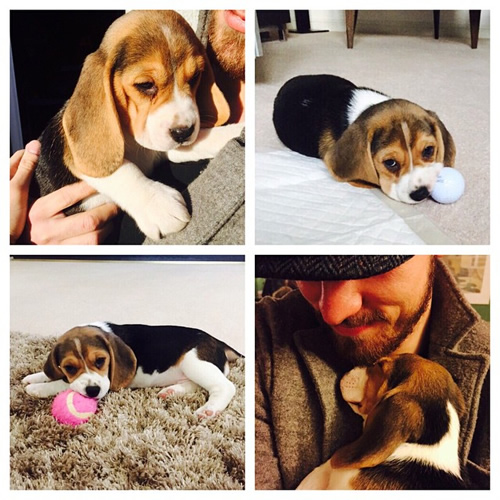 Aaron Ramsey took to social media on Tuesday afternoon to show off the latest addition to his family.

The Arsenal midfielder has welcomed a cute puppy into his home and wanted some help from his followers as he and his wife tried to come up for a name for their new pet.

Ramsey posted four pictures of the pup, along with one of himself, on his Instagram account on Tuesday afternoon.

The Wales international shared the photos above and wrote: “Introducing the newest member of the Ramsey family. We think we’ve settled on a name for her but does anyone have any good suggestions?”

The midfielder played 84 minutes as goals from Santi Cazorla and Olivier Giroud fired the Gunners to victory and ended the defending champions’ 12-game unbeaten run.

Ramsey, who missed the festive period with a hamstring complaint, has scored five goals and made three assists in 20 games in all competitions for Arsene Wenger’s men so far this season.