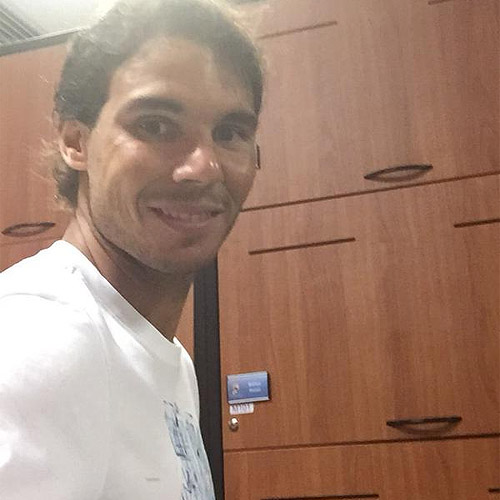 Rafael Nadal has come through a light training session without any problems on Thursday after the third seed’s five-set victory over qualifier Tim Smyczek at Australian Open.

The Spaniard had to call the doctor onto court as the 28-year-old looked physical drained before eventually sealing an energy-sapping 6-2 3-6 6-7 (2-7) 6-3 7-5 third-round win against Smyczek on Wednesday.

Nadal, who was playing just his tenth match since Wimbledon due to various fitness problems, complained of stomach cramps in the third set before booking his place in the next stage.

And the 2009 Australian Open champion took to Twitter to update his concerned followers of his fitness outlook before the 14-time Major winner faces Dudi Sela of Isreal on Friday.

Thanks for your messages of support. Yesterday was tough. Today I had a light training session & everything went fine pic.twitter.com/Tj3eZgtaP1

Nadal missed the ATP World Tour finals due to injury problems after the Spanish number one claimed just one Grand Slam title in 2014.