Alex Oxlade-Chamberlain is quick to poke fun at his team-mate on social media... 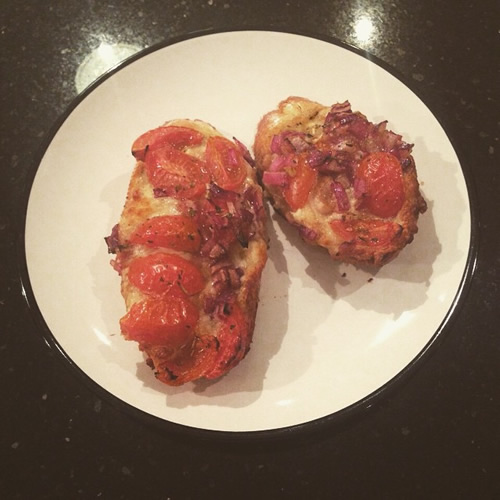 Not only has the Arsenal midfielder had to contend with a two-and-a-half month spell on the sidelines following ankle surgery – but now he has also had to put up with being mocked by his team-mates on social media.

Wilshere took to Instagram on Wednesday night to show off his culinary skills by posting a picture of some homemade bruschetta and his recipe (see below) to go with it.

The 23-year-old, who returned to full Arsenal training earlier this month, was clearly proud of his effort as he shared the picture and recipe with his 830,000 followers on the photo-sharing app.

However, it didn’t take long for Alex Oxlade-Chamberlain to poke fun at his team-mate.

@JackWilshere Have a day off will Ya!!! "Jack's bruschetta" Who you trying to impress geez?!!

Oxlade-Chamberlain is also currently out injured with a groin problem but is expected to return to action at some point this month.

Photo: Liverpool star Gerrard helps himself to some personalised Nutella